Diagnostic insights from a single drop ofsaliva or blood 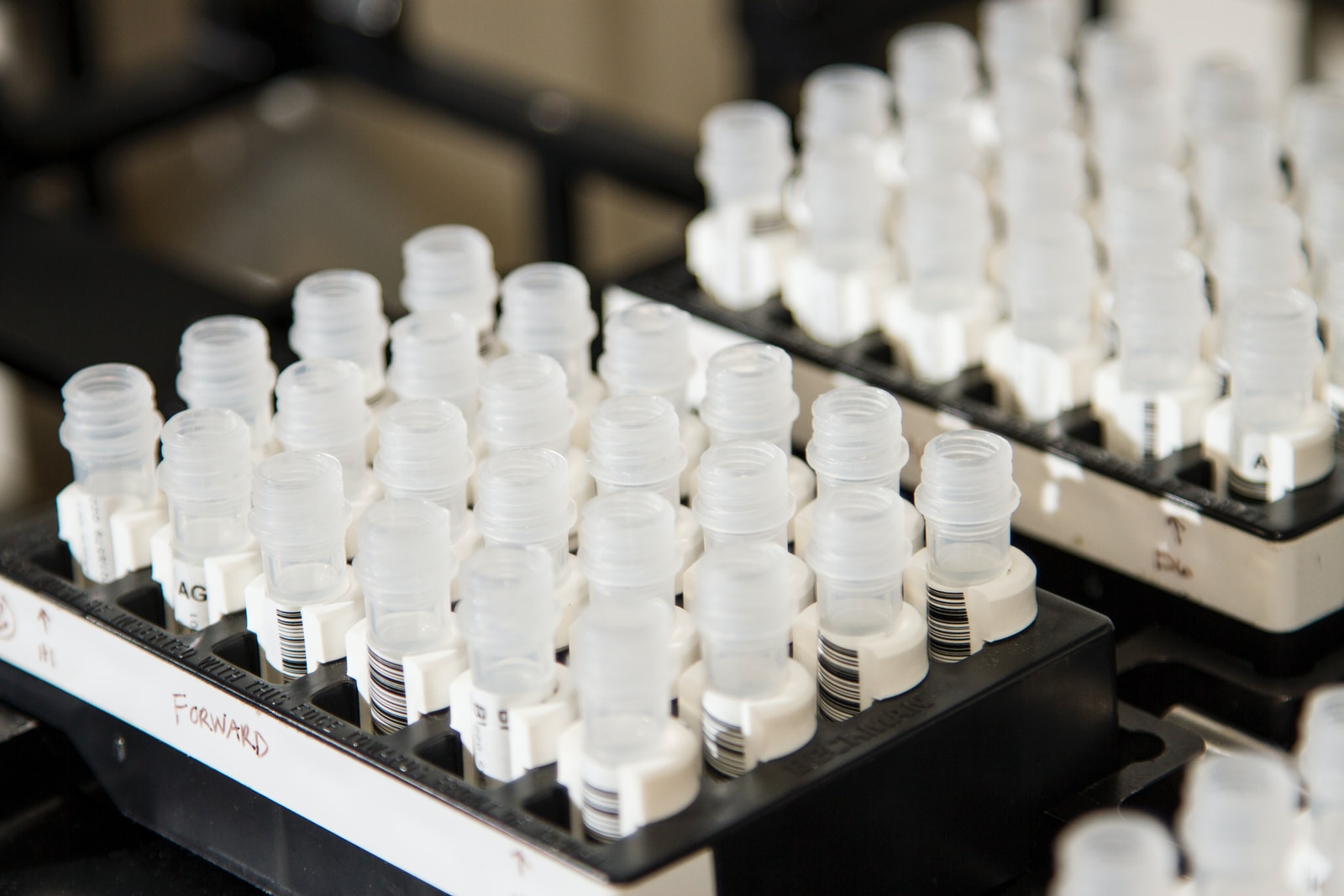 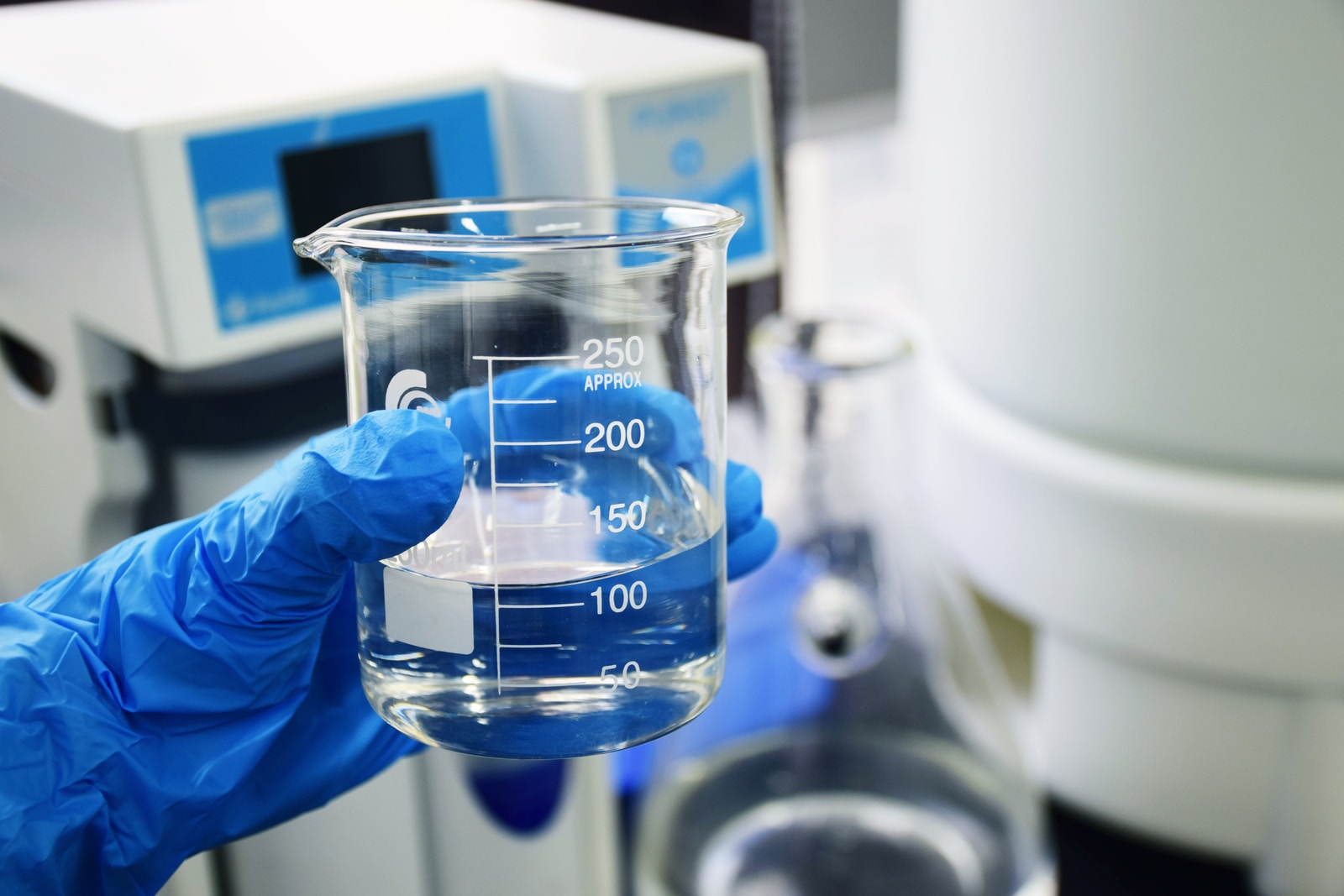 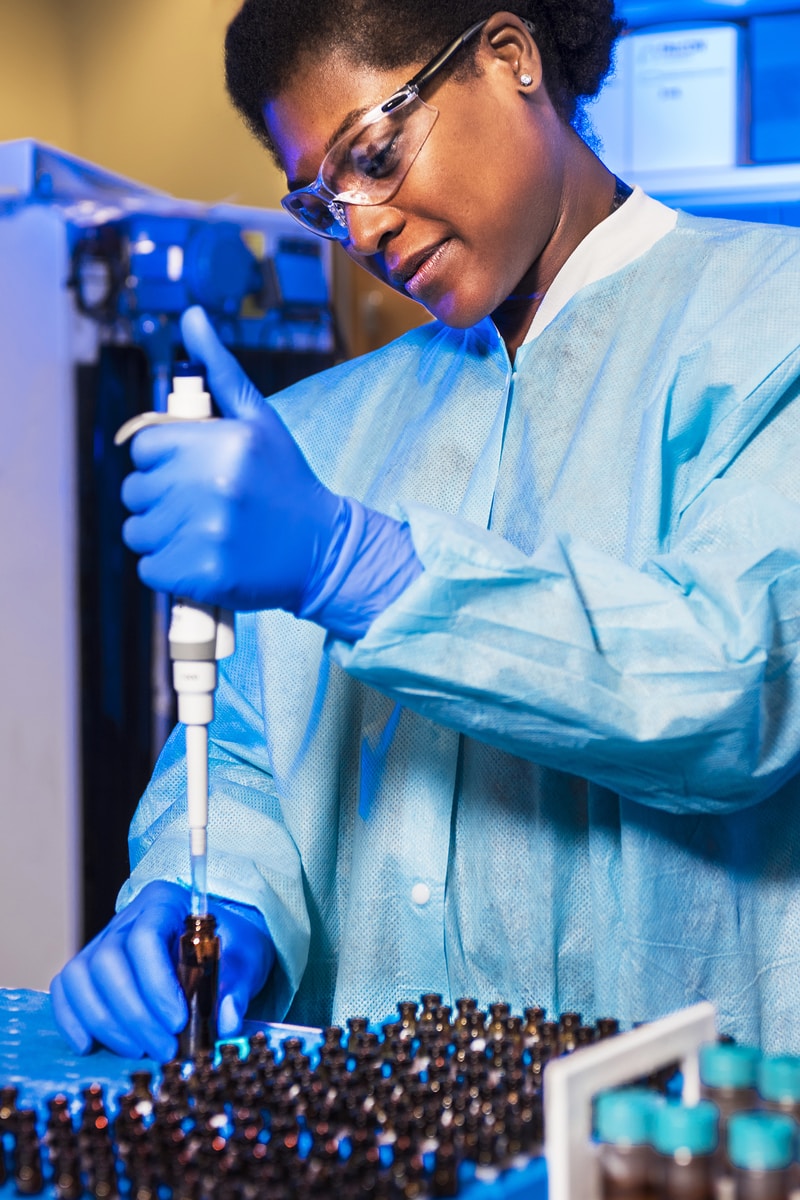 No extraction or PCR amplification necessary

Tests a completely different molecule, Ultra-Short DNA. Amperial™ is the only technology to non-invasively detect stages 1 and 2 in Non-small cell lung cancer (NSSLC).

Amperial™ is the only non-invasive test which quantifies antibody levels.

Amperial™ detects autoantibodies directly in the saliva. The only technology capable of identifying >90% of Sjogren’s patients. 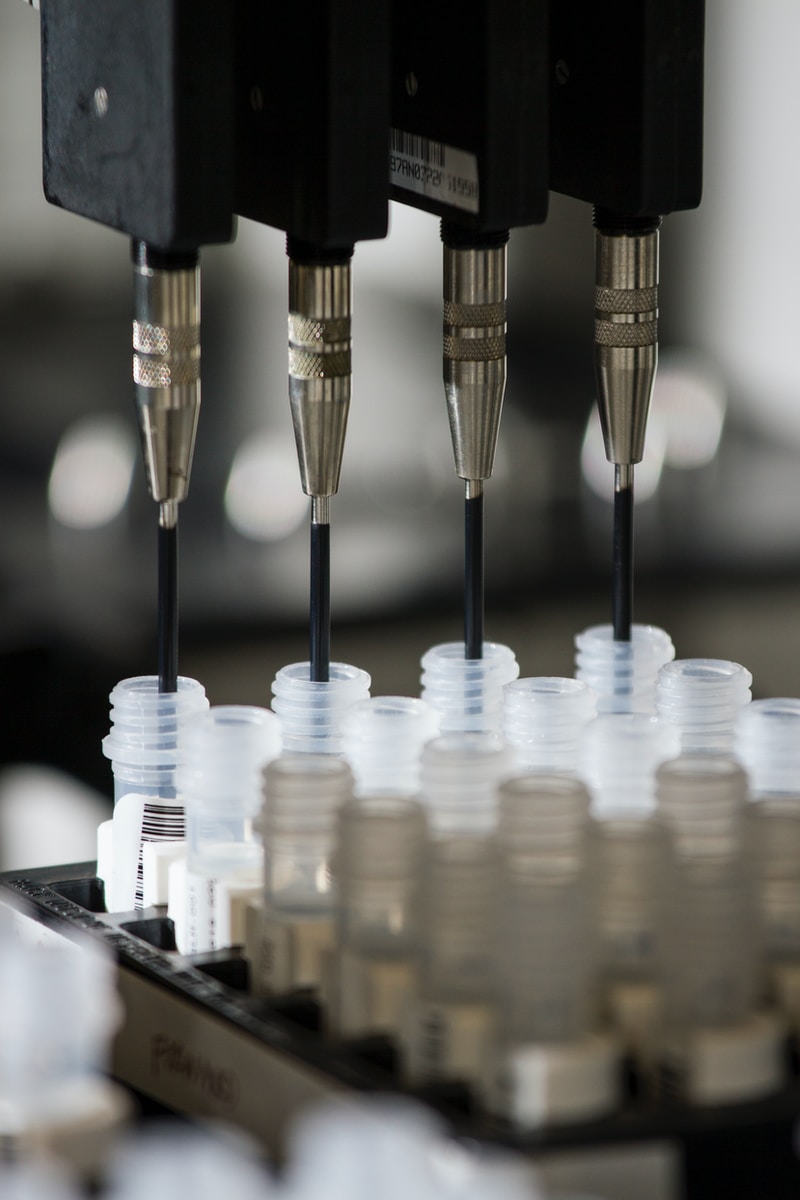 Liquid Diagnostics is conducting a research study on COVID-19 antibody response in saliva in vaccinated individuals. If you are interested in enrolling in this FREE study, please visit the following link: 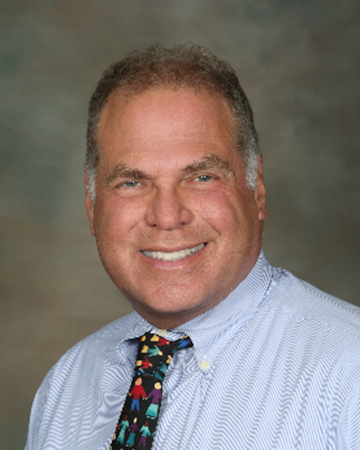 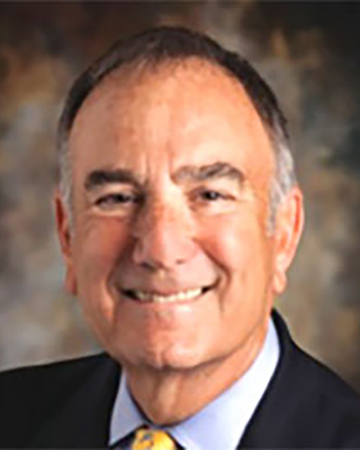 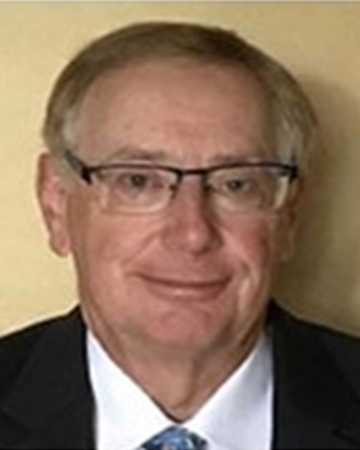 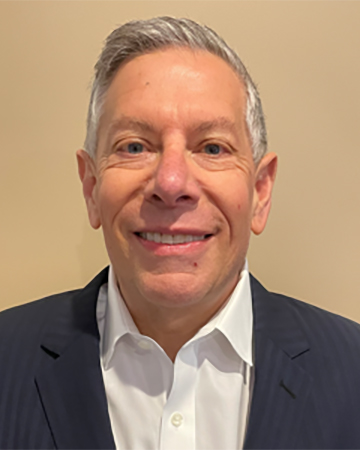 Dr. Charles (Buck) Strom has been advancing genetic testing for more than 3 decades. After graduating from University of Chicago with a Ph.D. in Biology and an M.D., Dr. Strom completed an internship and residency in Pediatrics at the University of California, San Diego and a fellowship in Genetics under the legendary Biochemical Geneticist William Nyhan.

Following completion of his fellowship, Dr. Strom became a faculty member at University of Chicago in the Department of Pediatrics and the Committee on Genetics. In addition to clinical service and teaching, he was awarded multiple research grants to pursue his interest in the genetics of growth disorders. He also taught the Medical School Genetics course.

After leaving the University of Chicago, Dr. Strom moved to Illinois Masonic Medical Center and the Reproductive Genetics Institute where he was the clinical director of Pediatric, Reproductive, and Pediatric Genetics and also the Director of the Genetics Laboratory for RGI. In this capacity he and his partner, Yury Verlinsky, pioneered the field of Preimplantation Genetics and published the first description of a successful preimplantation genetic analysis for a Mendelian Disorder (Cystic Fibrosis). Dr. Strom’s laboratory performed the DNA analysis for the Nash family, the first case of preimplantation genetic diagnosis simultaneously for a genetic disease (Fanconi Anemia) and HLA so that an embryo could be selected to be both free of disease and an HLA match. This enabled the umbilical chord blood to be used for a life-saving bone marrow transplant for Molly, a five year old suffering from Fanconi Anemia.

Also, while at Illinois Masonic Medical center, Dr. Strom pioneered the use of DNA testing for forensic and paternity applications.

Dr. Strom departed Illinois to become the Medical Director for the Genetic Testing at Quest Diagnostics Nichols Institute. Under his 16 year tenure, the Genetic Testing Center greatly expanded its test menu and pioneered in developing techniques to perform high through-put genetic testing in an accurate and cost-efficient manner.

After leaving Quest Diagnostics, Dr. Strom discovered the Amperial(tm) technology and has been working closely with its inventor, Dr. David Wong to advance this exciting disruptive technology. Seeing the potential of Amperial(tm) to save lives, Dr. Strom Co-Founded Liquid Diagnostics with 3 long-time friends and colleagues for the sole purpose of advancing this technology.

Buck and Lise, his wife of 46 years, live in San Clemente, California and have 2 children and 4 grandchildren

Dr. Bender received his MD degree from the UCLA School of Medicine followed by specialty training in Internal Medicine at UCLA-Harbor General Hospital and in Medical Oncology/ Hematology at the National Cancer Institute. He spent 25 years in clinical practice the majority spent serving as the Medical Director for Oncology / Hematology for Kaiser Permanente in San Diego. In 2002 he transitioned to the diagnostic industry where he has been the Medical Director for Hematology / Oncology for Quest Diagnostics, Inc. and the Chief Medical Officer for both Agendia,Inc. and Signal Genetics, Inc. both molecular diagnostics companies. He has also served on the executive board of the San Diego Hospice and American Cancer Society. He continues to teach at the UCLA School of Medicine, as well as to serve as an expert reviewer in oncology for the Medical Board of California and was recently selected to be a consultant for the Medical Devices Advisory Committee of the FDA. Dr. Bender is the author of over 75 peer-reviewed scientific articles and numerous book chapters and has been invited to speak all over the world as an expert in oncology diagnostics.

Mr. Weisberg is a co-founder of our company and provides both CFO and advisory services to Liquid Diagnostics, with a strong laboratory business orientation. Jeff is an accomplished executive with a CPA background and nearly 40 years of financial, operations and leadership experience in various capacities including Founder, Advisor, CEO, President, General Manager and CFO. He has a proven track record of consistently and repeatedly building shareholder value and monetizing that value through mergers and acquisitions.

Recently, Mr. Weisberg completed a 10-month engagement with Q-State Biosciences, a Harvard Medical School affiliated biotechnology company, culminating in a successful Series B raise of $10M and a reverse triangular merger with QnA Dx, a clinical diagnostic company which he co-founded in January 2018.

During the two years prior, Mr. Weisberg served as Strategic Business Advisor and acting CEO, reporting to the Board of Directors of Claritas Genomics, Inc, a laboratory specializing in next generation sequencing, bioinformatics and precision medicine. Claritas developed an orthogonal approach using both Illumina and Life Technology sequencers and became the primary send-out lab for Boston Children’s Hospital.

From March 2014 to November 2015, Jeff served as President of ReproSource, Inc, a diagnostic laboratory providing fertility diagnostics to the country’s leading in vitro fertilization (IVF) centers and recently acquired by Quest Diagnostics.

From 1995 to 2014, Jeff served as General Manager (and previously as CFO) of Athena Diagnostics, Inc, the nationally recognized leader in esoteric neurological testing. Jeff managed the company from its founding through a period of explosive growth and led several ownership changes which included a $740 million sale to Quest Diagnostics in 2010, where the company is now one of its eight primary business units.